The Mysteries and the Beauty of Machu Picchu 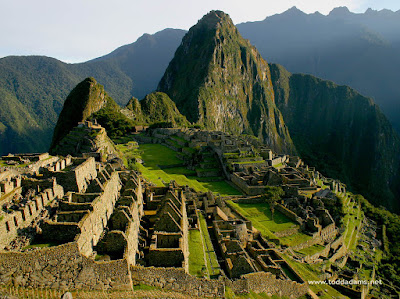 Machu Picchu (commonly misspelled Machu Pichu) is a Quechua language name meaning "Old Peak".  It was a Pre-Columbian city located at 2,430 m (7,970 ft) altitude on a mountain ridge above the Urubamba Valley in Peru, about 70 km (44 mi) northwest of Cusco.  Machu Picchu was a city of the Inca Empire, near impenetrable and originally accessible only by the Inca trail, and never discovered or destroyed by the Spanish Conquistadores. 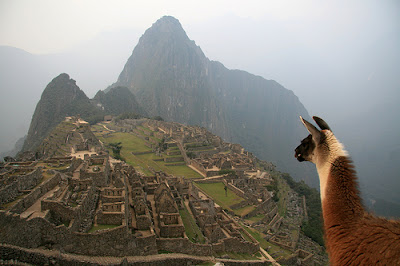 Machu Picchu is probably the most familiar symbol of the Inca Empire. It is often referred to as "The Lost City of the Incas". The site was designated as a World Heritage Site in 1983 when it was described as "an absolute masterpiece of architecture and a unique testimony to the Inca civilization".

Forgotten for centuries by the outside world, although not by locals, it was brought back to international attention by archaeologist Hiram Bingham 1911, who made the first scientific confirmation of the site and wrote a best-selling work about it. 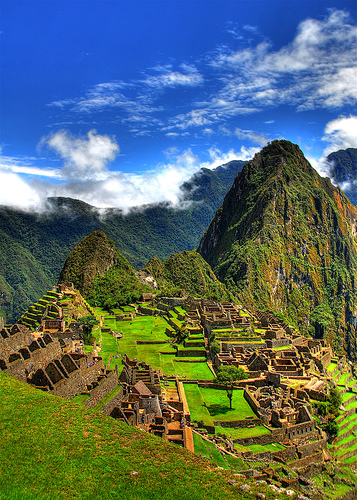 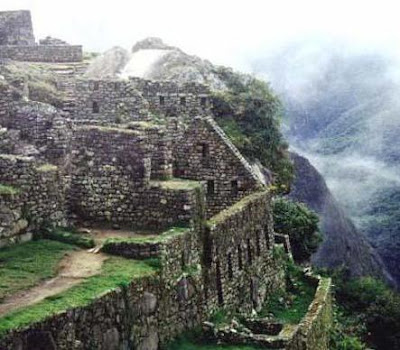 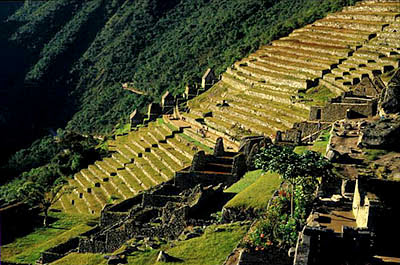 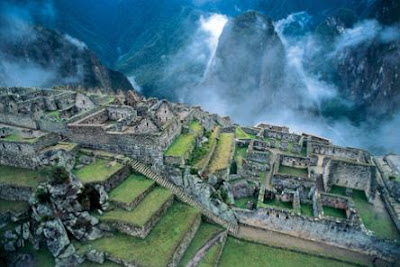 Machu Picchu was constructed around 1450, at the height of the Inca Empire, and was abandoned less than 100 years later, as the empire collapsed under Spanish conquest. Although the citadel is located only about 50 miles from Cusco, the Inca capital, it was never found and destroyed by the Spanish, as were many other Inca sites. Over the centuries, the surrounding jungle grew to enshroud the site, and few knew of its existence. In 1911, Yale historian and explorer Hiram Bingham brought the "lost" city to the world’s attention. 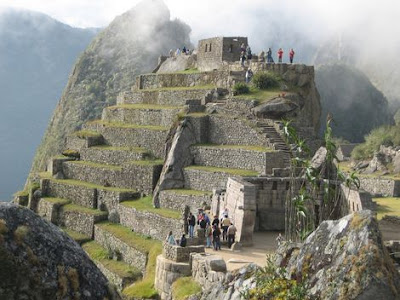 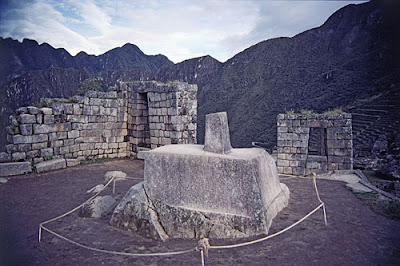 Bingham and others hypothesized that the citadel was the traditional birthplace of the Inca people or the spiritual center of the "virgins of the suns", while curators of a recent exhibit have speculated that Machu Picchu was a royal retreat.

It is thought that the site was chosen for its unique location and geological features. It is said that the silhouette of the mountain range behind Machu Picchu represents the face of the Inca looking upward towards the sky, with the largest peak, Huayna Picchu (meaning Young Peak), representing his pierced nose. 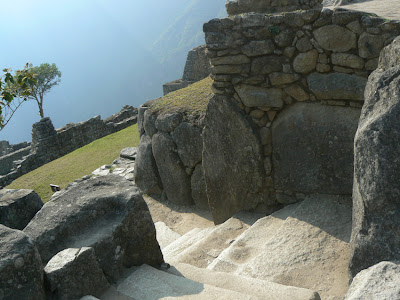 In 1913, the site received significant publicity after the National Geographic Society devoted their entire April issue to Machu Picchu.

On July 7, 2007, Machu Picchu was voted as one of New Open World Corporation's New Seven Wonders of the World.
Machu Picchu History 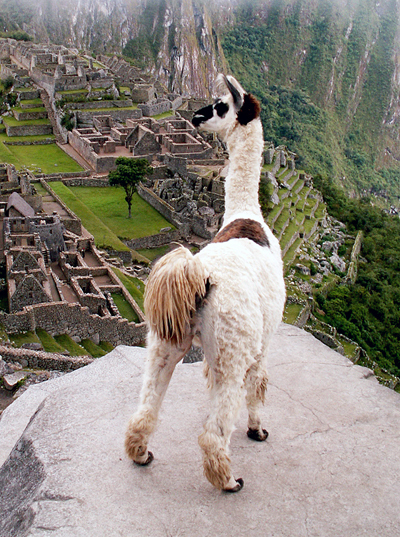 After the conquest of Peru by the Spanish, the rebellious Inca Manco Capac II secretly slipped away from Cusco in the night and retreated northwest beyond Ollantaytambo and into the depths of the jungle where he established a town called Vilcabamba. It was from this base that the last of the Incas attacked the Spaniards in Cusco for the next 36 years. In 1572 the Spanish eventually lost their patience and mounted a brutal invasion against the Inca resistance. They attacked Vilcabamba and finally brought the last Inca Tupac Amaru (Manco's heir and half brother) back to Cusco in chains where he was executed in the Plaza de Armas. Many of his potential heirs and family were either executed or dispersed, putting to rest the Inca dynasty for good. With time the location of the abandoned town of Vilcabamba became forgotten to all but a few ambiguous maps and clues left by some Spanish chroniclers. 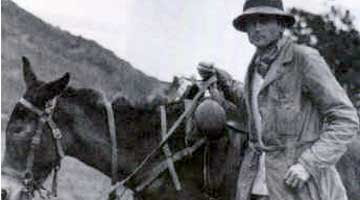 Hiram Bingham, a doctor in philosophy and history at Yale University, became fascinated with Inca archaeology and stories of lost cities when he was visiting Peru in 1909 whilst retracing the footsteps of Simon Bolivar (South America's great liberator). He returned to Peru in 1911 with a seven man expedition sponsored by Yale University and the National Geographical Society.
Leaving Cusco in July 1911 Bingham and his team set out in the direction of the jungle, heading down the Urubamba Valley. Bingham had previously spent time in Lima reading through the many Spanish manuscripts. He was convinced that lost cities, Inca ruins and possibly unmentionable treasures lay somewhere in this part of Peru. Almost immediately the group discovered a major Inca site which they named Patallacta (also called Llactapata). This ruin can be found at the start of the Inca Trail at the junction of the Cusichaca and Vilcanota River. Bingham and  his companions travelled on.
On 23 July 1911, only a week into the expedition, the group camped at Mandorpampa, a few kilometres further along the Vilcanota River Valley than the present day village of Aguas Calientes. By chance they got talking to Melchor Artega, the owner of a local hacienda. Bingham was told of some fine ruins high up in the hills on the other side of the river and Artega was willing to take them there. The next day it rained and only Bingham had the enthusiasm to climb the steep side of the mountain, accompanied by Artega. 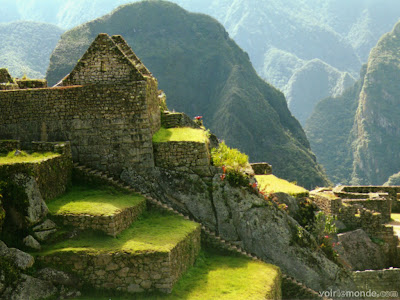 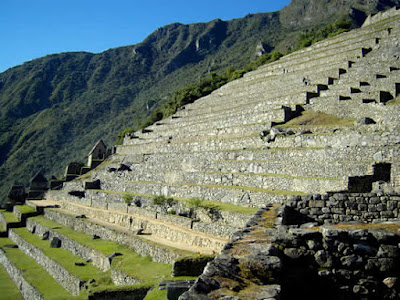 To his surprise at the top he was greeted by two locals, Toribio Richarte and Anacleto Alvarez, who had been living up on the mountainside for a few years to avoid the police and tax collectors. After a short rest the men led Bingham to the ancient site.
"I soon found myself before the ruined walls of buildings built with some of the finest stonework of the Incas. It was difficult to see them as they were partially covered over by trees and moss, the growth of centuries; but in the dense shadow, hiding in bamboo thickets and toggled vines, could be seen, here and there walls of white granite ashlars most carefully cut and exquisitely fitted together (...). I was left truly breathless."
Extract from 'The Lost City of the Incas' by Hiram Bingham
Bingham believed that he'd stumbled across the rebel Inca's last strong hold and that Vilcabamba had at last been found. This 'discovery' stood unchallenged for the next 50 years until Bingham's mistake was affirmed by Gene Savoy in 1964, when he discovered what most people agree are the true ruins of Vilcabamba at Espiritu Pampa, 4 or 5 days hard trek further into the jungle. Ironically Hiram Bingham actually found part of these ruins during his 1909 expedition, but considered them unimportant. 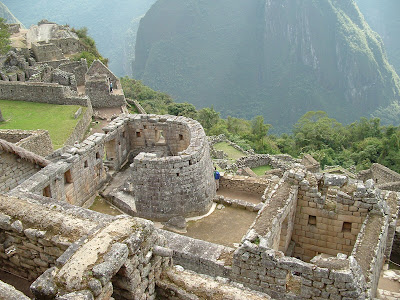 Having succeeded in raising sufficient sponsorship, Bingham returned to Machu Picchu the following year to commence the huge task of clearing the ruins of vegetation - a job that took 3 years. During this time many ceramics, stone objects and bones were found and taken back to the United States. Construction of a railway began in 1913 finally reaching Aguas Calientes in 1928. The road up to the ruins was completed in 1948 and inaugurated by Bingham himself. In 1981 a 325 km2 area around Machu Picchu was declared a Historical Sanctuary by the Peruvian Government, and given the status of a World  Heritage site by UNESCO in 1983. 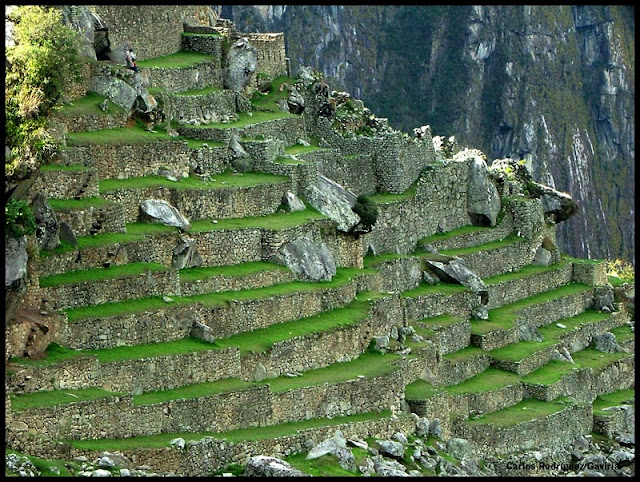 So if Machu Picchu wasn't the lost city of Vilcabamba, what was it? Its location certainly wasn't known of by the Spanish at the time of the conquest and concealing an entire populated region from them, many of whom had allies among the Incas, would have been impossible.
The only plausible explanation is that the Incas, during the time of the Spanish conquest, did not know of it either! For some reason the city and its region were abandoned before the arrival of the conquistadors and its memory erased even to the Incas. Archaeologists agree that the style of Machu Picchu's buildings is "late imperial Inca" placing it within the reign of the Inca Pachacutec. Pachacutec was responsible for the defeat of the Chanca invasion from the north, an event that took place in 1438 and marked the beginning of the great Inca expansion.
Based on our previous conclusion that Machu Picchu was abandoned before the arrival of the Spaniards, this leaves a space of less than 100 years for it to have been constructed, populated, deserted and forgotten. Although nearly all leading archaeologists agree on this time scale it is still quite difficult to believe. The purpose of Machu Picchu and the reason for its subsequent abandonment is still very much a mystery and inspiration for as many stories as there are tour guides (or guide books for that matter). 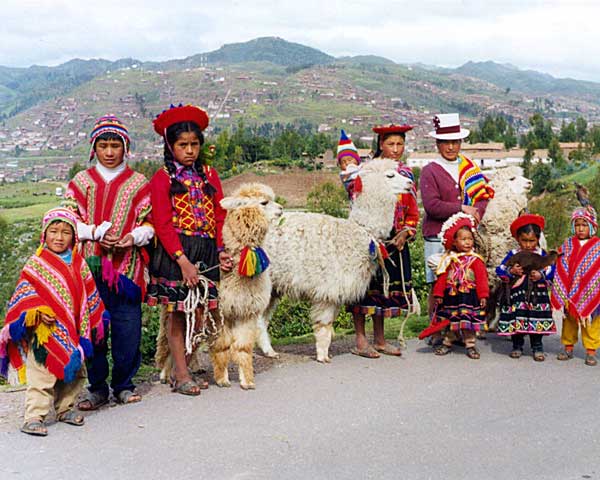 The more recent view is that, rather than being seen in isolation, Machu Picchu formed the ceremonial and possibly administrative centre of a large and populous region. The many trails leading to Machu Picchu tend to support this. Recent evidence presented by the archaeologist J.H.Rowe suggest that Machu Picchu was simply built as a 'royal estate' for the Inca Pachacutec and populated by his own ayllu or family clan. The location was probably chosen for its unique position surrounded by the jungle and the important mountains of Salkantay, Pumasillo and Veronica, and overlooking the Vilcanota River, a position which in the Inca religion would have been considered sacred. In fact the Inca Trail leading to Machu Picchu may well have been considered not just a road, but a route of pilgrimage to this sacred centre.
Machu Picchu could also have served several secondary purposes at once, including a look-out post guarding the route to Cusco from the Antisuyo or Amazon Basin, or as a protected source of coca used in every aspect of Inca  religion including its use in sacrifice, divination and medicine.
Evidence suggests that Machu Picchu, with its 200 or so buildings, had a permanent population of about 1000 people.
The abandonment of Machu Picchu may simply be explained by the death of Pachacutec and the construction of a new 'royal estate' for the next Inca, as was the custom. Other scholars suggest that the city's water supply may have dried up.
source: www.andeantravelweb.com  third-party copyright acknowledged
THE LEGENDARY LOST CITY OF MACHU PICCHU
MACHU PICCHU ONE OF THE NEW SEVEN WONDERS OF THE WORLD (NATIONAL GEOGRAPHIC)
Posted by Blackrainbow at 8:31 PM