THE BOY IN THE STRIPED PAJAMAS

The Boy in the Striped Pajamas is a fictional story that offers a unique perspective on how prejudice, hatred and violence affect innocent people, particularly children, during wartime. Through the lens of an eight-year-old boy largely shielded from the reality of World War II, we witness a forbidden friendship that forms between Bruno, the son of Nazi commandant at a concentration camp, and Shmuel, a Jewish boy held captive in a concentration camp. 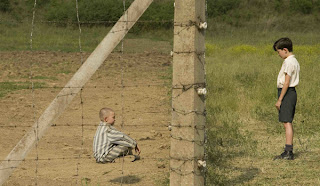 Though the two are separated physically by a barbed wire fence, their lives become inescapably intertwined.
Set during World War II, a story seen through the innocent eyes of Bruno, whose forbidden friendship with a Jewish boy on the other side of the camp fence has startling and unexpected consequences.
After watching the movie, answer the following questions:
1. What did Bruno see through his window?
2. Who was Pavel? How had his life changed during the war?
3. What atrocities against the Jews could you observe in the movie?
4. What changes did you observe in Gretel?
5. Why did Gretel change? 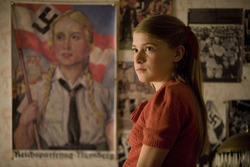 6. What is a concentration camp for you?
7. What did the teacher teach to Bruno and Gretel?
8. What happened to Pavel?
9. What do you think about the Holocaust?
10. Who was your favorite character and why? 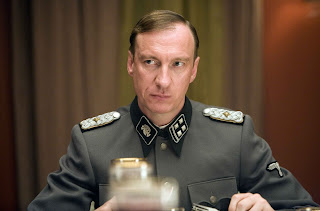 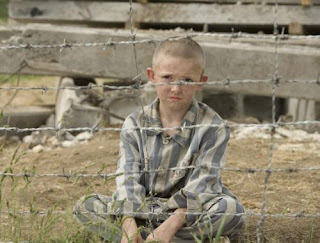 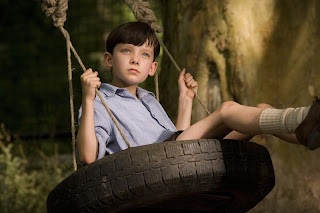 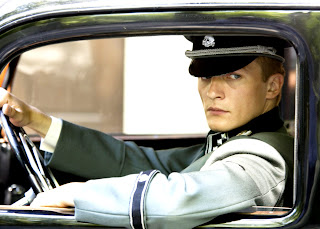 Posted by Blackrainbow at 2:02 PM