The Holocaust was the systematic, bureaucratic, state-sponsored persecution and murder of approximately six million Jews by the Nazi regime and its collaborators. "Holocaust" is a word of Greek origin meaning "sacrifice by fire." The Nazis, who came to power in Germany in January 1933, believed that Germans were "racially superior" and that the Jews, deemed "inferior," were an alien threat to the so-called German racial community.
During the era of the Holocaust, German authorities also targeted other groups because of their perceived "racial inferiority": Roma (Gypsies), the disabled, and some of the Slavic peoples (Poles, Russians, and others). Other groups were persecuted on political, ideological, and behavioral grounds, among them Communists, Socialists, Jehova´s Witnesses, and homosexuals. 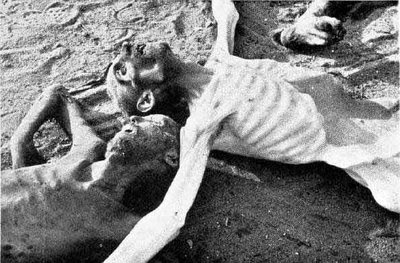 WHAT WAS THE HOLOCAUST?
In 1933, the Jewish population of Europe stood at over nine million. Most European Jews lived in countries that Nazi Germany would occupy or influence during World War II. By 1945, the Germans and their collaborators killed nearly two out of every three European Jews as part of the "Final Solution," the Nazi policy to murder the Jews of Europe. Although Jews, whom the Nazis deemed a priority danger to Germany, were the primary victims of Nazi racism, other victims included some 200,000 Roma (Gypsies). At least 200,000 mentally or physically disabled patients, mainly Germans, living in institutional settings, were murdered in the so-called Euthanasia Program.
As Nazi tyranny spread across Europe, the Germans and their collaborators persecuted and murdered millions of other people. Between two and three million Soviet prisoners of war were murdered or died of starvation, disease, neglect, or maltreatment. The Germans targeted the non-Jewish Polish intelligentsia for killing, and deported millions of Polish and Soviet civilians for forced labor in Germany or in occupied Poland, where these individuals worked and often died under deplorable conditions. From the earliest years of the Nazi regime, German authorities persecuted homosexuals and others whose behavior did not match prescribed social norms. German police officials targeted thousands of political opponents (including Communists, Socialists, and trade unionists) and religious dissidents (such as Jehovah's Witnesses). Many of these individuals died as a result of incarceration and maltreatment. 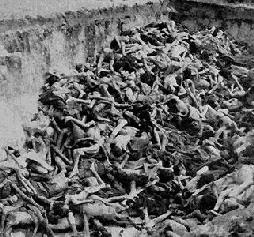 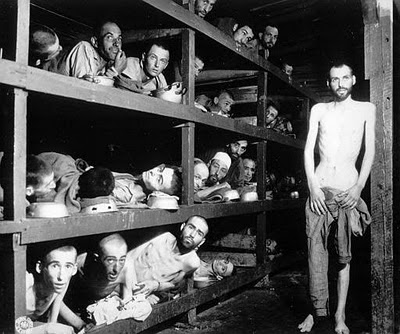 ADMINISTRATION OF THE "FINAL SOLUTION"


In the early years of the Nazi regime, the National Socialist government established concentration camps to detain real and imagined political and ideological opponents. Increasingly in the years before the outbreak of war, SS and police officials incarcerated Jews, Roma, and other victims of ethnic and racial hatred in these camps. To concentrate and monitor the Jewish population as well as to facilitate later deportation of the Jews, the Germans and their collaborators created ghettos, transit camps, and forced-labor camps for Jews during the war years. The German authorities also established numerous forced-labor camps, both in the so-called Greater German Reich and in German-occupied territory, for non-Jews whose labor the Germans sought to exploit.
Following the invasion of the Soviet Union in June 1941, Einsatzgruppen (mobile killing units) and, later, militarized battalions of Order Police officials, moved behind German lines to carry out mass-murder operations against Jews, Roma, and Soviet state and Communist Party officials. German SS and police units, supported by units of the Wehrmacht and the Waffen SS, murdered more than a million Jewish men, women, and children, and hundreds of thousands of others. Between 1941 and 1944, Nazi German authorities deported millions of Jews from Germany, from occupied territories, and from the countries of many of its Axis allies to ghettos and to killing centers, often called extermination camps, where they were murdered in specially developed gassing facilities. 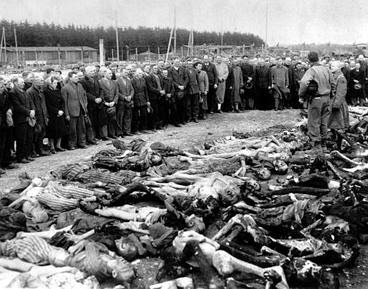 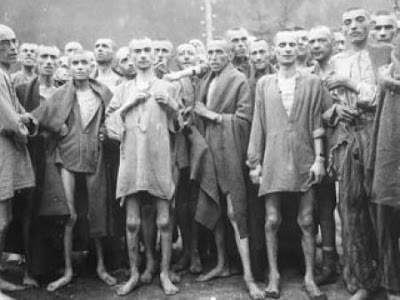 THE END OF THE HOLOCAUST

In the final months of the war, SS guards moved camp inmates by train or on forced marches, often called “death marches”, in an attempt to prevent the Allied liberation of large numbers of prisoners. As Allied forces moved across Europe in a series of offensives against Germany, they began to encounter and liberate concentration camp prisoners, as well as prisoners en route by forced march from one camp to another. The marches continued until May 7, 1945, the day the German armed forces surrendered unconditionally to the Allies. For the western Allies, World War II officially ended in Europe on the next day, May 8 (V-E Day), while Soviet forces announced their “Victory Day” on May 9, 1945.
In the aftermath of the Holocaust, many of the survivors found shelter in displaced persons (DP) camps administered by the Allied powers. Between 1948 and 1951, almost 700,000 Jews emigrated to Israel, including 136,000 Jewish displaced persons from Europe. Other Jewish DPs emigrated to the United States and other nations. The last DP camp closed in 1957. The crimes committed during the Holocaust devastated most European Jewish communities and eliminated hundreds of Jewish communities in occupied eastern Europe entirely.
The Holocaust that changed the World
Holocaust, Hitler´s Concentration Camp
The Holocaust in  Color
Posted by Blackrainbow at 9:47 AM