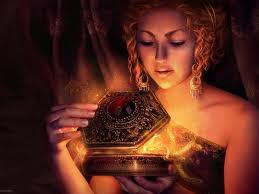 From The Robber Baby:
Stories from the Greek Myths
By Anne Rockwell
The ancient Greeks believed in many gods and goddesses. Greek myths told stories about how the actions of gods and goddesses affected people on Earth. Read on to discover one of the best-known Greek myths. Particularly, I love this one a lot.
Pandora was made, not born as other people are. Hephaestus modeled her out of clay. He made her a young woman as beautiful as his wife, Aphrodite, the goddess of love and beauty.
Each of the gods and goddesses gave Pandora a gift. Then Athene, the goddess of wisdom, breathed life into her. Most of the gifts the gods gave her were good ones. But unfortunately, Hermes, as always full of tricks and mischief, gave her more curiosity than was good for her.
Pandora was sent to live on earth. She had no trouble finding a good husband, for the gods and goddesses had given her the gifts of smiles and sweetness and wit and winning ways. Besides that, she was rich, for as a wedding gift the gods and goddesses gave her a box that had been made by Hephaestus. It was as beautiful as Pandora and very valuable, too.
“Never open that box!” all the gods and goddesses warned Pandora. She promised to obey them, but as time went on Pandora grew more and more curious about what was in the box that she had promised never to open.
In those days, there was no sadness among the mortals on earth. And should it have been otherwise? There was not sickness, no hunger, no jealousy, no laziness, no greed, no anger, no cruelty. Even death was like a long and gentle sleep when people were very tired. There was no suffering of any kind. 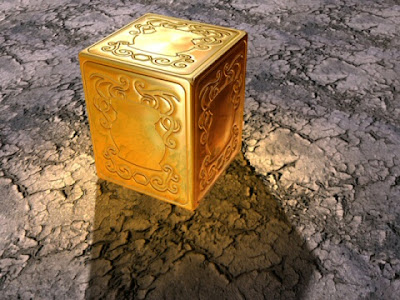 Perhaps things would have remained that way if tricky Hermes had not given Pandora so much curiosity. But every day Pandora grew more and more curious about just what was in the box. At last, when she could no longer sleep for wondering what her box contained, she said to herself early one morning, “I will just take a peek!” 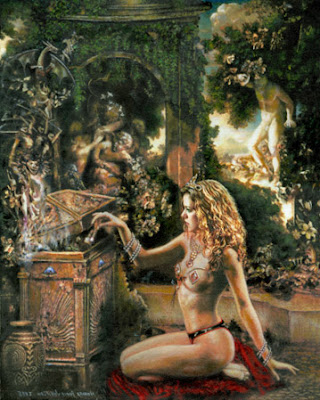 So she opened the box, just to take a little peek. And out of that box flew dreadful things. Greed and Envy came out first and soared up into the clean, bright air. Pandora tried to slam the box shut, but she could not. Out flew Hatred and Cruelty with terrible force. Hunger and Poverty followed. Then Sickness came, and Despair, and all other terrible things that the gods and goddesses knew should remain safely hidden in the box. Pandora had set them all free. 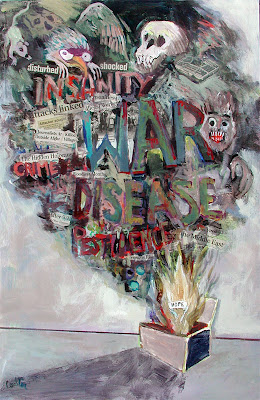 “Come back! Come back where you belong!” Pandora called out to the terrible things as they flew around her. She grabbed at them in the air, but they soared out of her reach and up into the sky. None came back. they are still out there bringing misery and trouble to people on earth.
But the gods and goddesses had not put only dreadful things in Pandora´s box. Hidden in among the terrible things was something small and fragile-winged and good. This thing was Hope. Who was the kindly god or goddess who thought to put Hope in among all the miseries and misfortunes? No one knows.

But because Hope was hidden in Pandora´s box, whenever there is too much trouble and sadness among us mortals, Hope makes us think that tomorrow will be better.
And soon Pandora dried her tears. “I hope I will never be too curious again!” she said. And she never was. 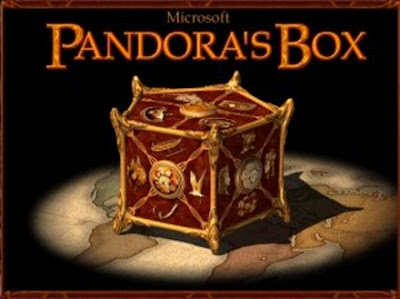 Analyze the Literature:
1.   What caused Pandora to open the box?
2.   In what ways does the story explain how the actions of the gods affected people on Earth?
3.   Why do you think myths were important to ancient Greeks?
Posted by Blackrainbow at 2:34 AM